Delfzijl/Bergen-op-Zoom, June 2, 2022 – Green hydrogen developer VoltH2 is launching a third site, this time in Delfzijl. With its 50 MW green hydrogen plant, VoltH2 will further reinforce the hydrogen cluster of Groningen Seaports and contribute to the necessary acceleration of the energy transition for the industry in East Groningen. 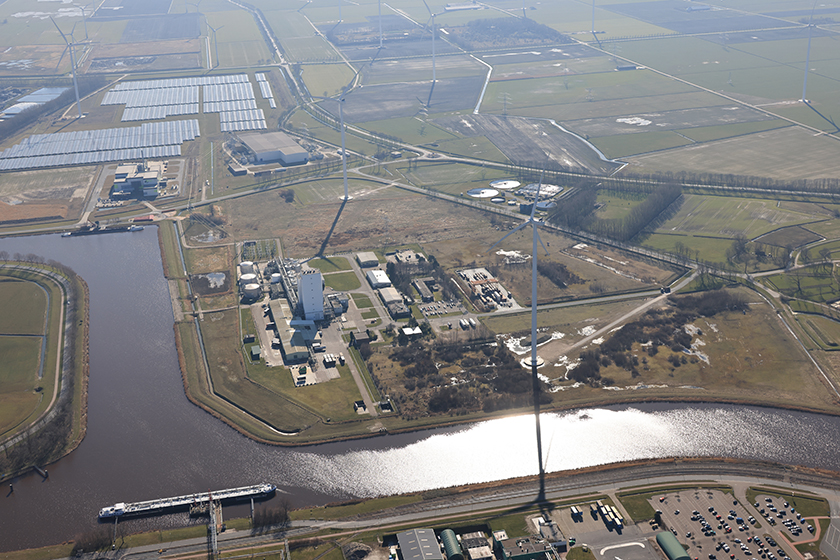 VoltH2 continues its expansion on the Dutch hydrogen market. After two hydrogen factories in Zeeland, a first and essential step is now being taken for a location in the far north of the country. VoltH2 and Groningen Seaports set up an agreement for the use of a three-hectare site.

Groningen Seaports profiles itself through various green hydrogen projects as one of the leading hydrogen hubs in the Netherlands. The first talks with VoltH2 go back to November 2021. André Jurres, Managing Director of VoltH2, explains: “We are fully in the process of exploring the European market and we took the first step ourselves. It went very quickly, partly thanks to the proactive attitude of Groningen Seaports. We now have a site in Delfzijl, on the outside of the port. Logistically, the location is very attractive: we are close to an arterial road with a TeNNeT high-voltage substation on one side and a water purification station that can eventually use one of our residual products – oxygen – on the other. And there are many companies in and around this port with a great need for hydrogen”.

Samenwerkende Bedrijven Eemsdelta (SBE), an association of more than a hundred companies, is embracing the arrival of green hydrogen. The industry uses hydrogen as a green raw material. Local production helps existing companies to become more sustainable and makes the region attractive for new companies.

The same mindset can be found at the IndustrieCluster Oost Groningen, which unites seven production companies in the Veendam region. Ultimately, they would like to connect to the backbone of Hynetwork Services, the hydrogen infrastructure branch of Gasunie. The CO₂ emissions could also be reduced earlier by mixing green hydrogen with natural gas, for example for the heat processes of these production companies. In addition, direct supply via a pipeline between VoltH2 and the IndustrieCluster Oost-Groningen is also being considered.

The plant will produce green hydrogen through electrolysis, using green electricity from wind energy. But before that happens, there is of course still a long way to go. André Jurres explains: “Now that the site has been secured, we are in the process of preparing our permit application. Groningen SeaPorts has invited all parties involved to an ‘environment table’. The application for the permit itself is planned for the end of 2022. This factory requires an investment of 80 to 100 million euros, which we would like to complete by mid-2023. If everything goes according to plan, we will start building in 2024.”